It’s not a surprise that Ford is a smart car manufacturer. I don’t know how they do it, but they’ve managed to implement several useful features even in some of their lower end vehicles. Think voice recognition, push-button start or driver-assist technologies, for example.

And now, Ford is doing something even better by giving people who have purchased Ford and Lincoln cars in 2010-2016 access to SmartLink. It’s the perfect solution for people who want to start their cars remotely, or want to have a Wi-Fi hotspot in their car, for example.

SmartLink plugs into the OBD-II diagnostic port, adding a 4G LTE connection to the vehicle. It’s currently making use of Verizon’s data plans, and it helps you lock and unlock the car from a distance, get location-based assistance, and more. If all goes as planned, SmartLink will make its debut this summer.

JetBlue Announces Free Wi-Fi on all its Flights

JetBlue has recently announced that it has started to provide free Wi-Fi access to all it passengers. It’s a very welcome change, and not necessarily because in-flight Internet access is very expensive. 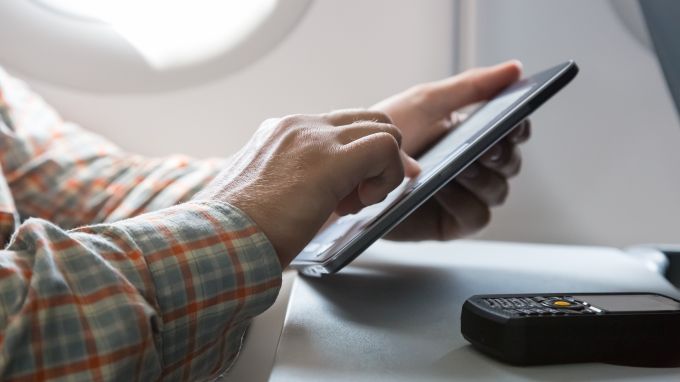 I am pretty sure that many people who could afford paying for Wi-Fi access didn’t want to do it because the entire process was cumbersome: you had to input your credit card details, password, and so on – and often times, do it on a tiny screen! And the result wasn’t great either; most times, you ended up getting access to an Internet connection that was 10 times slower than the one that was installed in your home. Some people have come up with ingenious ideas, trying to boost connection speeds by using portable Wi-Fi routers, high gain Wi-Fi antennas and various antenna cables and adapters to connect them all. The results weren’t that impressive, though.

Back to the news: JetBlue’s move is a smart one indeed, because it boosts the company image, and it significantly diminishes the number of complaints concerning the connection speed. You are getting in-flight Internet access for free, after all, so why would you complain about it? Intelligently named Fly-Fi, the service is now available for all the E190, A320 and A321 aircrafts that are flying in the US.

The prices for in-flight Wi-Fi are quite high, so it’s surprising that JetBlue is covering all the costs. Still, I am pretty sure that it’s a move which will consolidate their image and bring them more customers on the long run.

Let’s face it: 2016 wasn’t a great year for Samsung. They had to kill one of their beloved brands – the Note – and they’ve lost a lot of money during the process. Still, this hasn’t stopped them from promoting Samsung Galaxy S7 and Galaxy S7 Edge, which were presented – and actually are! – the best Note replacements for any Samsung fan.

Now, Optus is giving the S7 / S7 Edge users another reason to be happy, by launching a native voice over Wi-Fi service that only runs on these two smartphones for now. The good news is that more phones that support this technology will be added to the list in the near future.

The service allows Optus’ customers to make phone calls and send messages even when there’s no carrier signal in the area, as long as they’re connected to a Wi-Fi network. With Wi-Fi calling, the phone will seamlessly switch between the available connections.

Sure, there are other apps like Skype which do a similar job, but Optus’ service has the advantage of using the same phone number, rather than forcing the users to create separate accounts for each new VoIP app.